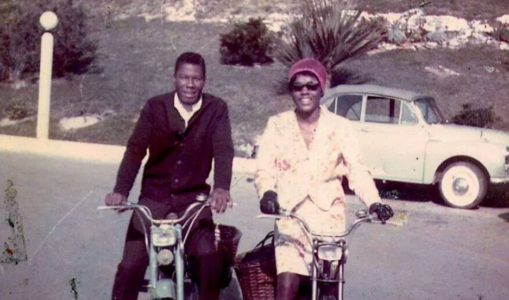 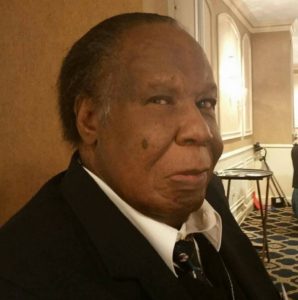 My Daddy.  Strong and Silent.  He doesn’t say much to anyone outside of me and my Mom. He is slow to warm up to folks, but when he does, it is on!!  He can easily NOT TALK to you.  He will sit quiet, but trust, he knows exactly what is going on at all times.  He is courteous but isn’t in to small talk.  He figures…”why?”   However, when he brings you in, you will hear it all and there isn’t a thing he wouldn’t do for you.  Growing up, my parents were as opposite as day and night.  While my Mom is adventurous and would enjoy meeting new people, my Dad’s motto was :”I don’t need any new friends, the ones I got are great!” and he meant it. He is loyal.  My Dad’s circle includes folks that he has known since kindergarten. KINDERGARTEN!!

He recites Shakespeare…just because.  He recites poetry…just because.  He reads Playboy…and has been since the 1960’s.  His sense of humor is amazing. He still refers to my Mom as his bride.  He loves sports, but doesn’t have a favorite team.  He has a memory like no other and if you give him a date (month, day and year) back to the start of the Gregorian calendar until the future, he can tell you the day of the week that it fell or will fall on.   Where his body may be slowing down, his mind is sharp!!

He is determined.  My Dad had polio as a child, however that didn’t dampen his athletic pursuits.  Until 2001, my Dad would swim 100 laps a day…just because.  He is in the Howard University Sports Hall of Fame for swimming.

He is…let’s say…frugal.  He can squeeze the last drop out of a dollar.  He is a planner.  He never does anything by accident.  He retired from the same organization that he started working with at 19 years old, retiring at 52 years old.  Thank God for him….with the mess my Mom and I have gotten ourselves into, we need a steady force to balance us out.